How far can you push Mac OS X's Expose?

I was inspired to find out after being pointed to this image of some hundreds of Apple Mail windows in Expose.

Expose took about five minutes to render, but the return to the Desktop was almost instantaneous. Expose is apparently not cached, because going back to it without touching windows caused another long redraw. 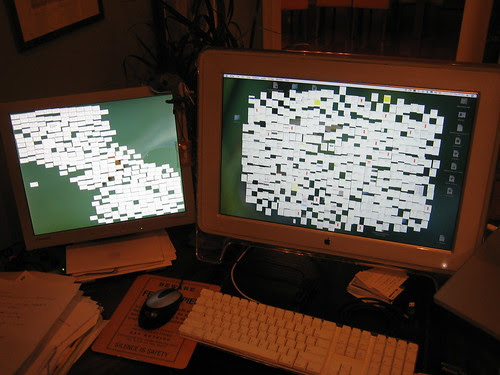