A Great Week for Old Technology

It seems that ships are again sailing the ocean using wind power. The inventor claims that his kites can reduce fuel consumption of most merchant ships by 10-35%. That's awesome.

Even more bizarre is the Mach 20 paper airplane that a Japanese origami expert wants to throw from the International Space Station. Really, you can't make this stuff up.
Posted by Unknown at 1:04 PM 2 comments:

Hang onto your towel 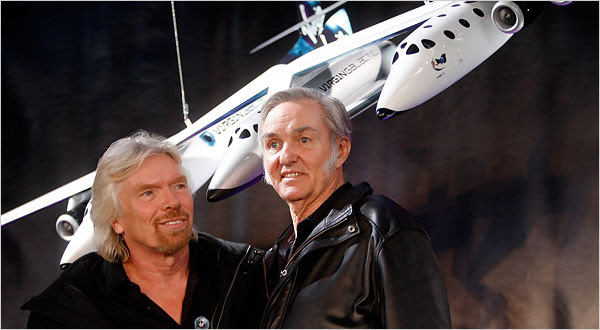 Posted by Unknown at 7:30 PM No comments:

Email ThisBlogThis!Share to TwitterShare to FacebookShare to Pinterest
Labels: space

Architecture discussions can get ugly. I was participating in one when Brian suggested the domain name turdpolisher.com for our activities. A quick check on register.com showed that someone is actually holding that domain, although nothing resolves there. The polymorphism arose when we realized that register.com suggested some alternative domain names, including PolishedToes.com and PolishHeritage.org. *Sigh*
Posted by Unknown at 4:04 PM 1 comment:

SPARQL Set to Change the Web

The W3C announced yesterday the standardization of SPARQL. This broken and immature standard has the capability to rapidly change business operations, Web searching, the advertising model of most Web revenue and enable a new generation of Web-based services.

SPARQL is broken and immature for the simple reasons that it failed to include a way to write data. I have my gripes about the way it reads data, too, but those are less important. As long as the W3C continues to treat the Web as a read-only system, the longer the Web will primarily be a read-only system. It is bad enough that we have failed to widely implement and use HTTP PUT and DELETE (fully half of REST), but we really should know better than to create new standards in 2008 that make the Web look like an information retrieval system and not an information aggregation and creation system.

For all that, SPARQL is still an incredibly important set of standards. There are three of them, SPARQL the query language for the Semantic Web, SPARQL the protocol and SPARQL the results format in XML.

SPARQL is important because it gives the world a standard way to perform distributed queries across disparate data sets. In other words, it allows you to treat the Web (the Semantic Web) as a database. Relational databases and other data stores can play, too. They just need a SPARQL overlay. This is something that the relational database crowd has never been able to pull off. I suspect that a standards body would have failed do create a standard for an RDB distributed query language if they had tried due to industry competitive pressures, but SPARQL is that critical end run. By pursuing the goal in the Semantic Web community, we now have something that will work for the RDB folks, too.

I remain fussed that Mulgara doesn't have SPARQL support yet, but Paul tells me it should come soon. I certainly haven't done anything to help, so I shouldn't complain.

Why do I think SPARQL can fundamentally change business models? Because of my experiences with this blog. I started experimenting with advertising once my readership reached reasonable levels. Impressions are few, even though readership is decent. Why? RSS. Most people read this blog via news readers or aggregators and not via the Web. They don't ever see the ads. Cool, right? Yeah. Imagine, though, the impact on the online advertising market (which financially supports Google and its competitors) when the Web is a database. Nobody will see the ads. Watch out, world. Where there is chaos, there is opportunity. I can't wait to see what happens next.
Posted by Unknown at 9:32 AM 4 comments:

Northrop Grumman Corporation's Electronic Systems Sector has been attempting to sell its Tucana RDF database software for some time. They have been quietly seeking buyers since they dropped public references to it as a "rsemd1-extweb50 Sensor1 Replacement Server" in August 2006. Unfortunately for them, potential buyers keep calling me.

Each call is similar in nature and goes something like this:

Buyer: We are very happy to tell you that Northop Grumman has accepted our cash offer for the Tucana technology. We would like to talk to you about how we can make use of it.

Dave: Sure. I am sure Northrop must have done some work on it since they bought it. What has been added to the code base?

Buyer: They made us swear to secrecy, so we can't tell you that.

Dave: OK, I understand. Can you tell me whether it differs substantially from its Open Source baseline, Mulgara?

Buyer: Umm, there is an Open Source project? What is the URL?

Buyer: Is it an active project? Do people use it?

Dave: Oh, yes. It is used in production by a number of for-profit and non-profit companies and many researchers.

Buyer: I thought Northrop had killed the Open Source project?

Dave: Nope. They tried but failed. Mulgara was a fork to avoid any future legal disputes. It has no code contributed by Northrop or its contractors.

Buyer: Uh, perhaps we should look into that and get back to you.

Naturally, that is generally the last I hear about it until the next potential buyer calls. The last one was yesterday, but they weren't the first (or the second or the third) and probably won't be the last.

The sad thing is, of course, that if a single manager at Northrop had tried to work with the Open Source community instead of building an empire the project could have been wildly successful in their customer base. There is still a market need for a more scalable RDF database outside of the government, as evidenced by the list of potential buyers, the life sciences community's desire to represent genomic data semantically, Garlik's creation of a custom one last year and continued funding from Mulgara users for scalability development.
Posted by Unknown at 10:22 AM No comments: